"A new Saab! (You didn't really think we would rest on our laurels. We have improved the V4 on 21 points!)" Thus read the headline on the Swedish introduction ad for the 1968 Saab 95 and 96. Here are some of the innovations: Higher windshield (7 cm), larger rear windows on the 96, black steering wheel with impact absorbing center pad, electric windshield washers and larger wipers, dark grey instrument panel, improved seat belts, more elegant interior with textile carpets, better protection for the brake lines, and safety design door locks. Two-cycle models retained the old rubber mats and the light grey dash, and came with only red upholstery.

Saab cars with two-cycle engines were still part of the Saab line-up for 1968, but their share was very slight. From the outside they looked like their V4 counterparts; inside they were more like the '67 models.

Saab manufactured 52,551 units during 1968. Of these 36,037 were 96 models, some of them with '67 bodies were called Shrike two-cycle. They were exclusively designed for the U.S. and in order to meet the newly introduced exhaust emissions regulations had the engine cylinder volume reduced to about 800 cc - just under the legal limit of 50 cubic inches. 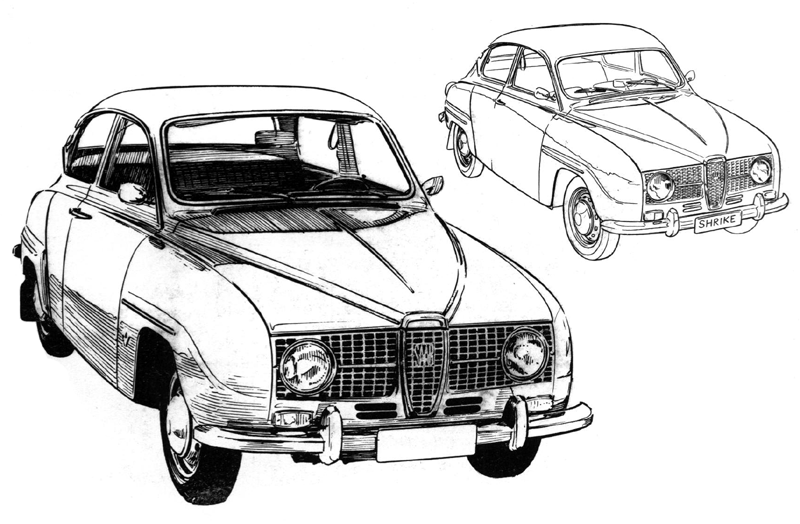 Biggest news for 1968 was the larger windshield and, on 96 models also an enlarged rear window. Here is a Scandinavian 96 V4. No new colors, but Olive Green had been discontinued. 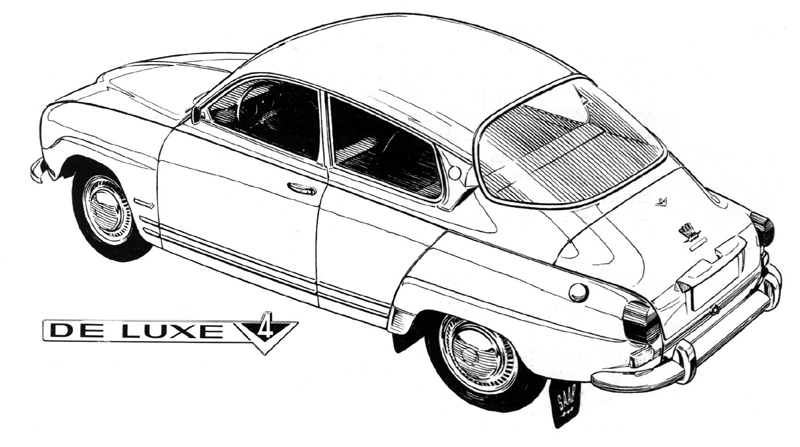 The most elegant 96 was made exclusively for export and was called 96 V4 De Luxe. For American Saab buyers it came complete with Monte Carlo instrumentation. There was also a station wagon in De Luxe trim for the U.S., called 95 V4 C.

Intensive testintg of the new Saab 99 was conducted during 1968. A number of private persons in Sweden were loaned cars for up to six months and were required to report all of their impressions and experiences.

At the same time the engineers made extensive driving and laboratory tests. All this led to a number of modifications before series production started in the fall of 1968.