Model Year 1966 began in August 1965. New colors were dark grey and yellow, replacing brown and green. The Saab Sport badge had disappeared to be replaced by "Monte Carlo 850". The standard engine had triple carburetors, a new intake manifold and output boosted to 42 hp. The modifications cut down the visible exhaust, especially since the required oil mixture was reduced to 1.5 to 2 percent. In USA and Switzerland there were two extra models available, Saab 95 Special and Saab 96 Special, which used the Monte Carlo engine with 55 hp and separate lubrication, but with standard model interiors and trim. Instrumentation was supplemented with a tachometer, and disc brakes replaced the front wheel drums.

At pictures the three models in the 1966 range. 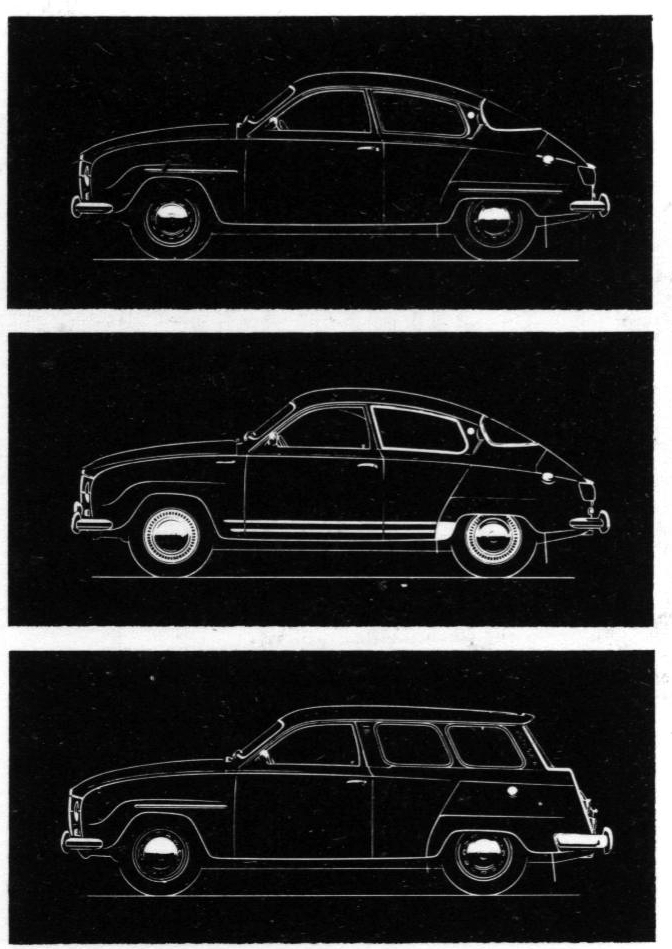 Below a 96 Special, with 55 hp engine, and at the bottom, a regular 96. Both looked identical from the outside. 95/96 standard versions had the 42 hp triple carburetor engine. All had slightly redesigned and stainless hubcaps, and headlights that could be adjusted for the soon-to-come Swedish switch to right-hand traffic. A total of 1,500 changes had been made to the Saab 96 since it was begun in 1960.

Exteriors of the 1966 models didn't show much new. Hubcaps and tail lights were somewhat restyled, and in Sweden outside rearview mirrors on both sides were part of standard equipment. The side decor was made of stainless material. On the technical side, the three-speed transmission was a thing of the past, as all cars now came with four-speed boxes and new constant velocity inner drive joints. Monte Carlo 850 also had new final drive and alternator.

Project 97 - Saab Sonett II - had advanced so far by spring 1966 that prototypes could be displayed at both the Geneva and New York Auto Shows, and on car for test driving was also available in Geneva. Series production, however, did not begin until towards the end of 1966, and by that time many details had been added or been modified.

Under top secret conditions, and in sub-zero temperatures, the first test drives with the "Gudmund" prototype were conducted in early 1966. 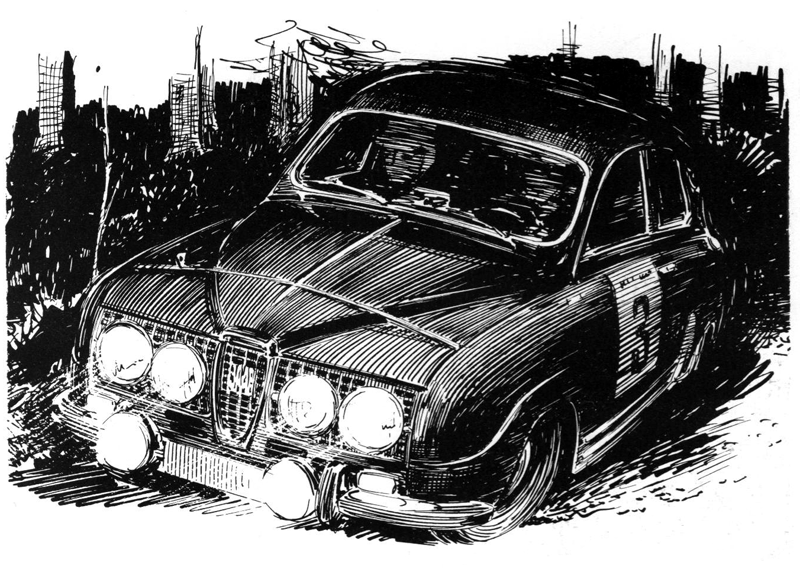 The rally picture can symbolize all the rally wins chalked up by Saab drivers in 1966. For example the outright wins in the Swedish Rally and the Norwegian Winter Rally, both with Ake Andersson behind the wheel. 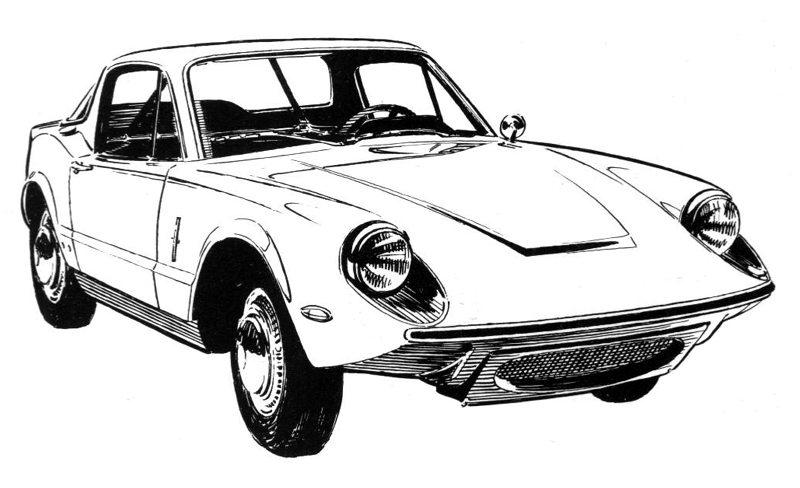 By spring 1966 work on the Saab 97 project had progressed so far that a prototype series of 24 units could be built at the ASJ plant in Arlov, in southern Sweden. When series production started by the end of the year many things had been altered, among them brakes, ventilation system, grill and parking lights.
At previous pictue - a car from the prototype series; below the first "real" Sonett II.