The history of an automobile can be told in many different ways. This book is for those who are mainly interested in seeing how the Swedish Saab cars have evolved, year by year, and how new models have been developed. This emphasis is more on the cars themselves than on the people behind them, or on the development of the large organization that today constitutes the Saab Car Division of Saab-Scania AB.

It started is Linköping. During the first half of the 1930s, Sweden's only aircraft industry was located there - a small rather specialized division within Aktiebolaget Svenska Järnvägsverkstäderna, ASJ (The Swedish Railroad Works). When fear of war started rising throughout Europe, it became imperative that the Swedish defense improved, and not least important was the need for a domestic aircraft industry, large enough to supply the Swedish forces with military aircraft. This led in April of 1937 to the formation of a corporation known as Svenska Aeroplan Aktiebolaget - abbreviated SAAB, and nowadays written Saab. The company was headquartered in Trollhättan and in the beginning all activities were concentrated to this western Swedish industrial city. In 1939, however, Saab took over the ASJ Aircraft Division in Linköping and corporate headquarters and construction and design departments were moved there, clear across Sweden. Construction of additional facilities was accelerated at both locations, while at the same time design work proceeded on the very first exclusively Saab-designed aircraft - the B-17 bomber which was in the air for its maiden flight as early as 1940. Prior to the B-17, Saab in Trollhättan had been building foreign-designed aircraft under license.

The Saab facilities in Trollhättan are a few miles north of the city center, about where during very early days the national highway from Skara led to the North Sea, through the tiny village of Malöga to a ferry crossing over Göta Älv. This was an active area for many hundreds of years until in the middle of the 17th century when the ferry crossing was moved a few miles further north to Vargön. Now there is lots of activity there again. Even though no aircraft are now built in the Saab shops in Trollhättan, the area still has strong connections with Swedish aviation, thanks to the airport at Malöga, with both private and commercial air service, and thanks to Saab's next-door neighbour, AB Volvo Flyghmotor - which manufactures the engines used in the Saab-built aircraft.

The earliest design sketches were, naturally, somewhat awkward. But they do show the trend. Here are some sketches of the many clay models - all with pontoon body - that were produced as early as 1945 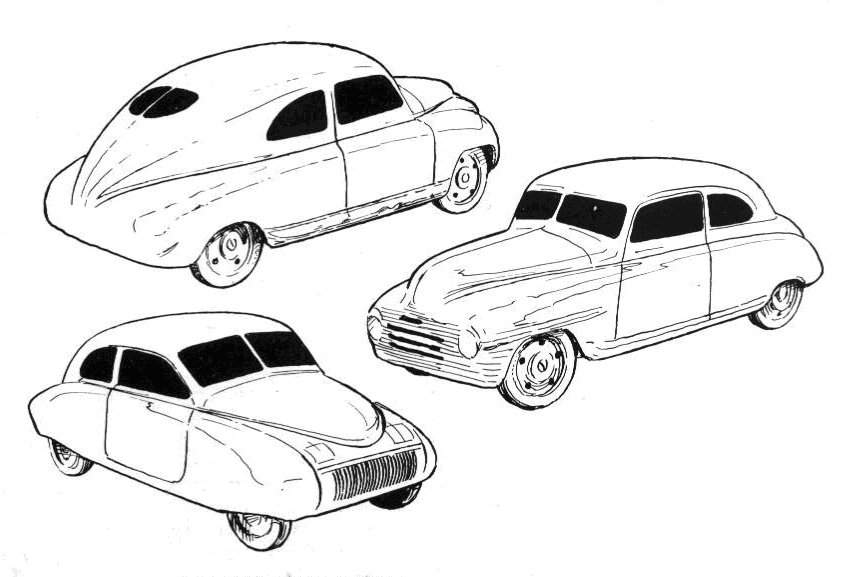 The model immediately above contains the seed for the first full-scale prototype. It was made after Sixten Sason hade been called in to help, and then among many other ideas presented the sketch below. The shape is decidedly aircraft-inspired and very advanced for its time. 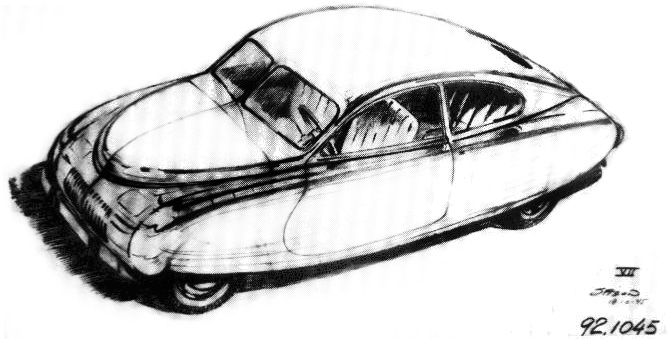 To start your journey, select a year below: