Open to all existing and future customers. Models must be build with Griffin Models kits.
Use Contast Us form to contact me and send your models pictures.
Please, send your pictures BEFORE 31 December 2014

19.12.2014.
95 Sport Combi and Volvo VESC are in production stage (casting). Both models will be available for sale in January 2015.
Next week Limited edition of only 15 ready-made models Saab 96SS (Neo Brothers) will be released for sale at my site. After initial reservations now only 8 are still available, so hurry up to book yours. 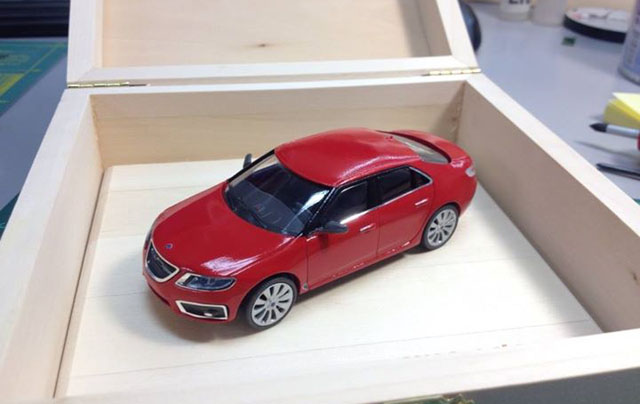 The new model that will be launched in 2 weeks is the 900 Carlsson/Red Arrow, SPG - airflow package. Right after it will be released standard t16 (pre and after face-lift), together with few more options for the Configurator. 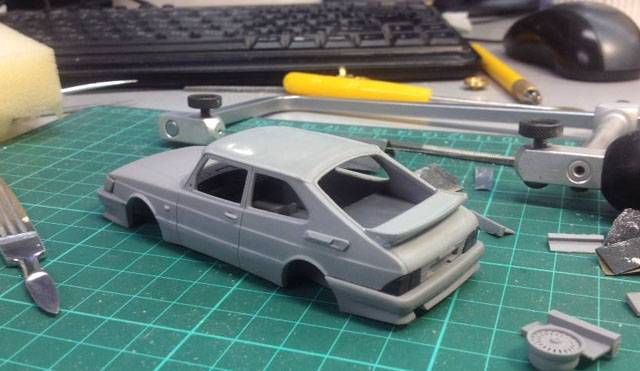 The VESC project took longer time than initially expected (the first one, produced at my new 3D prototyping system), but I will try to finish the kit as soon as possible.
First pictures of the Phoenix, Novanta and EV-1 will be released in the middle of August.

10.05.2014.
It took longer than expected, but my new workshop is ready now. The new 3D printing system is working as a charm! First 4 models were already prototyped and next month I will be happy to announce these new models.
Meanwhile not 12 but 25 ready-made Saab 9-5 Aero were prepared and next week I'm releasing them for sale. Half of these 25 are already reserved, so only 12 will be available for sale. Wide choice of colors and wheels. If you are interested, send me your inquiry.

Next ready-made model, which will be available at my site is Saab 95HK motorhome. Currently only 6 were made, but I still have to made special wooden boxes for them.
Last 2 ready-made DreamTrip Saab 900 Toppola models are still available, aswell as very last Saab 900 Burlington Airport Intl. Friction tester.

My last kit - Volvo VESC will be available for sale June 1st. Only 30 were made. Waiting for decals and photo-etched parts to make kits complete.

Starting the new year with some good news:

- after short break I have my workshop totally redesigned and rebuilt.
- Finally I managed to acquire so important 3D printer, which will allows me to be more flexible with your requests. Happy!
- Last week two old projects were resumed.

Saab 900 Sedan and Saab 900 Notchback are now available as resin kits via my Saab 900 Configurator.

I continue my work with Novanta, Phoenix, 9-3 Turbo-X Sedan and Combi.

... and two yet secred projects. Ambicious plan, but better more than nothing...

By the end of January 2014 first 12 ready-made Saab 9-5 Aero models will be available for sale. The bodies are prepared to be painted - this time few colors will be used: Fjord blue, Java metallic, Laser red... maybe Glacier silver.

Saab 900 Notchback and Sedan - available via the Configurator