Now I have first Toyota Tacoma Pikes Peak kits. Still have to prepare photo-etched parts, decals and instructions, to be able to release it. Work for another 2-3 weeks...

And I continue my work with Friction Testers... 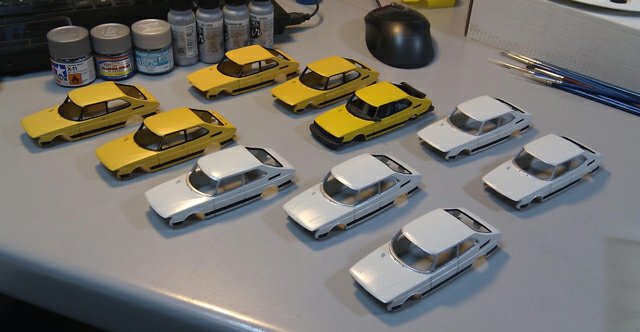 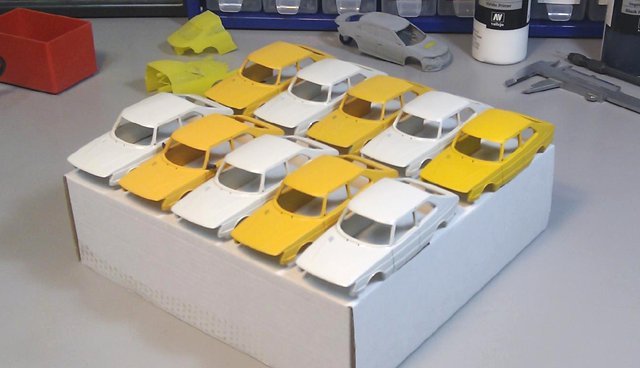 Toyota Tacoma Pikes Peak - work in progress. Next few days I will be able to post pictures of complete kit.

07.12.2012
New section opened - READY-MADE. As I already started preparing first "factory built" models, they will become available for sale in this section. Expected no more than 10 ready-made models per month... Sorry, no enough time to handle both producing new and building existing kits... 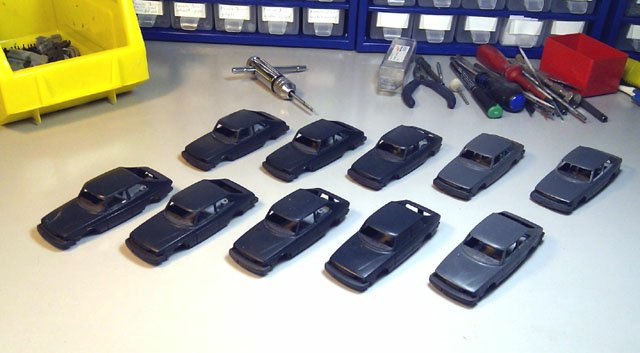 Next month this page will be archived and new will be opened for Year 2013.

Toppola camper kit is no longer available via my Accessories catalog. With reduced price it's available now in the CONFIGURATOR for all 3 and 5-door models. In about a month another 3 versions will be also available as addtion to your custom kit.

Few more interesting details were prepared recently, but they will be announced later. 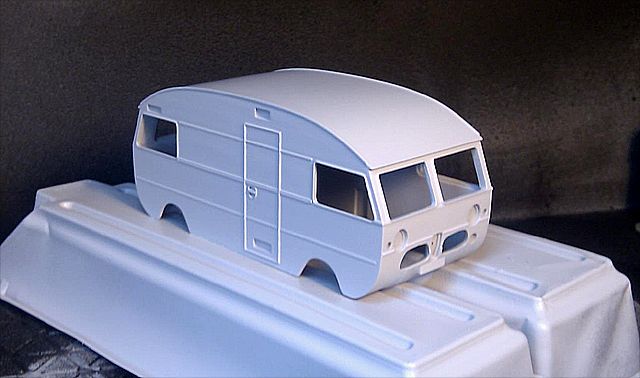 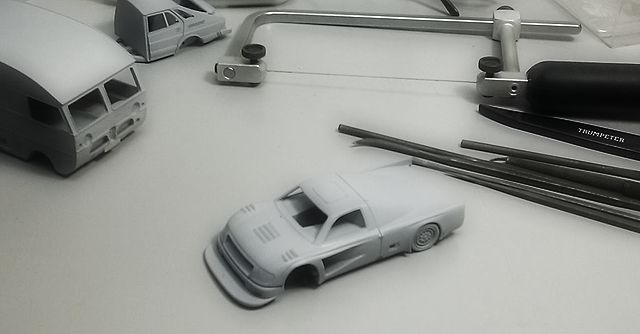 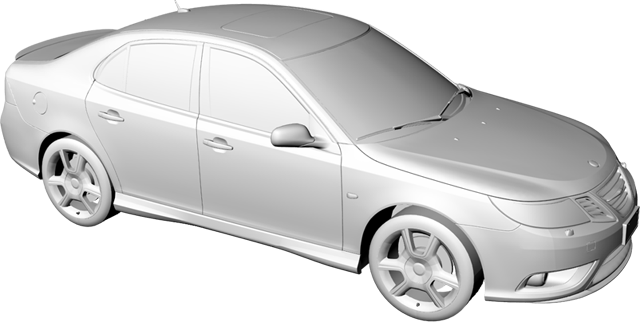 20.10.2012
Face-lift version of Coupe and Hatchback Saab 900 are ready now!
I still have to write proper scripts for the Configurator, and probably even in 1 week you will be able to order your custom Saab 900 'MY87 ->

Also I have massive progress with the Saab 95, MY 2010 - all details are ready and I'm starting my work with masterparts. As this model will be available via the Configurator too, I still have to prepare it's Aero version, together with second body type - Sport Combi. Following the traditions - the new 95 is starting as a kit, but later this model will be available as readybuild too. Unfortunately I will be able to handle just about 10-15 readybuild models per month - so, please, be patient.

95HK Motorhome was sent for casting, still have to prepare photo-etched parts, decals and boxes - the model is too big for current ones even if it's a kit...

27.09.2012
Readybuild version of my new model will be available soon. All will looks exactly like this one! 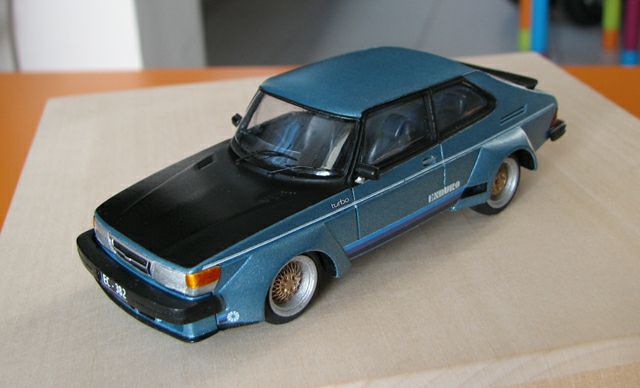 24.09.2012
Facelift versions of Saab 900 Coupe and Hatchback are ready for production. Together with friction tester these kits will be available in 3 weeks. Continue my work with master details of 92H, 92HK and Saabo. 3D model of 9-5 mk2 is ready now. Really hope to launch at least the Sedan version before Christmas.

01.09.2012
The Configurator is online now. I will proceed all orders via this configurator after 15 September, 2012 as new dashboards and all interiors are on production now and will be available in 2 weeks.

19.08.2012
Finally I have enough time to start my work with custom scale models online configurator, starting with Saab 900. To make it possible first I have to create and fill my new Accessories catalog.
Thus way after just few months you will be able to order a scale model - replica of almost every Saab 900, produced ever. How about that ...

22.07.2012
Preparing Saabo. Actually this Saabo will be available in 2 months, but I decided to build exactly this one first. Still - the Saab Museum Saabo launch will be during the IntSaab 2012 in Belgium.

Back to my models: I'm happy to show first real picture of Saab 900 2-door sedan (Notchback)

This model kit will be prepared and available in the middle of September 2012.

...and new sets of wheels.  Soon almost all of these will be available also as accessories. 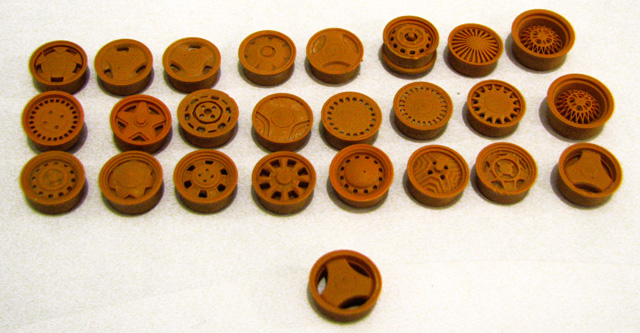 GRIFFIN MODELS will participate at IntSaab 2012. You will find us and our models at dimini.ch stand. WELCOME!

22.06.2012
Griffin Models' Toppola camper is now ready. In 2 weeks it will be available for sale. Even now I accept your reservations for Limited Edition Toppola for IntSaab 2012 kit. Use Contact us form to make your reservation.

29.05.2012
Starting to paint the first Saab Formula Junior experimental. "Toreador red" paint was prepared according to it's original formula.

22.05.2012
It was an interesting day here in Sofia, when the town was shaken by a 5.9 magnitude earthquake, later the same day followed by a storm of hail and floodings all over the town... Not so pleasant experience, especially when you're on the 11th floor...
But back to my models. Finally I found a color picture of experimental Formula Junior, painted red. I believe they used the same color, available in 1962 (Toreador red). Let's not forget the fact that famous Saab 93 "The Monster" was used for tests before Saab entered the Formula Junior league. The Monster was build in year 1959 and now it's in the Saab Museum in Trollhattan. It's painted in "Toreador red".
My special thanks to Fons Wolthuis (the man behind the "ELAND MODELS")!

21.05.2012
While waiting my designer to proceed with Novanta, I decided to build Formula Junior (both versions). Tomorrow I'm going to search the proper colors for the body, but even today few details were already prepared.

20.05.2012
Web-site update complete.
Yesterday first 60 Toppolas were sent for casting (Including 25 pcs. limited edition for IntSaab 2012)
Also we found better (and cheaper) way to send our models abroad. There's also another chance to reduce shipping costs in near future!
For the very first time resin kits appeared here. Formula Junior were added. Less than two weeks until they finally will be available for sale! We are starting with both versions, presented in the Saab Museum in Trollhattan, and that's not all. We are digging deep into the Saab history to find the facts about the Formula Junior and it's first appearance. Even now we have some pictures, where it's clear visible, that the car is painted in one solid color. We have some information that it's red. All we need now is a confirmation of this fact!!!

Good news for the Novanta project. Finally we found where's the car and got some access to this masterpiece! In the result we have some really good pictures and great starting point for this project!

14.05.2012
Web-site update is almost complete. Due to migrating the database, we had to send all registered users new auto-generated passwords.
Please, excuse us for the inconvenience!

12.05.2012
Both Saab Formula Juniors were produced few days ago. Currently only 30 per type were produced, thus way in our workshop we have 60 new models! 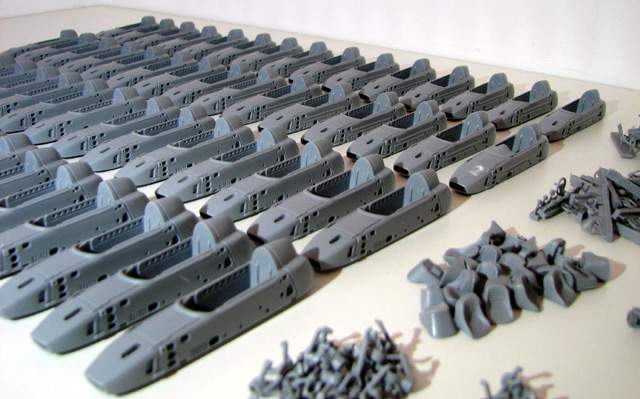